PETYA WHO LOVES THE ANIMALS

PETYA ALTIMIRSKA IS AN EXTREMELY DELICATE, GENTLE, BEAUTIFUL, SENSITIVE LADY WHO DOES NOT CONSUME AND WEAR ANIMAL PRODUCTS. THE REASON IS THAT SHE LOVES ANIMALS AND VALUES ​​THE LIFE OF EVERY BEING. THIS IS ALSO THE MOTIVE WITH WHICH CAAI ASSOCIATION IS FOUNDED.

The abbreviation comes from the Campaigns and Activism for Animal in the Industry and its purpose is to share with the public as much information as possible about the violence and exploitation of animals. One of CAAI’s main causes is the closure of the biggest mink farm in Bulgaria in the village of Madzherito near Stara Zagora due to a number of violations. 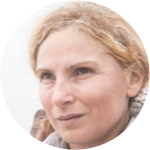 Petya, tell us how you enthuse about the cause of protecting the animals from violence and exploitation.

At first I turned my sight away of this subject and, like most people, I did not want to delve into it, but in the end my consciousness could not reject it. I kept thinking about where the food we eat comes from and what happens to the animals that appear as a portion of food in our plates. I figured there was something wrong with this, and I started searching for adherents who are also worried about this problem and want to prevent it. And it turned out that there is a huge group of people who are not just vegan or do not eat meat, but really fight for the freedom of animals in every respect and try to adapt human activity so that it is in harmony with nature as whole. It was very important to find them, because anyone who has gone this way cannot stop fighting.

What was the first thing you did on your path of growth?

I am not the one who is waiting for someone else to fulfil their desires, and I have decided that the first step I have to do is to change my own actions and way of life. I have been thinking about consumerism; what I use and tried to look at things globally – ecology as a perfect symbiosis between nature, animals and people. I have taken all the necessary measures not to stimulate the violence and exploitation not only of the animals but also of nature as a whole. Then I started organizing various campaigns related to their protection.

What is the most important goal of the CAAI Association?

To provide the public with as much information as possible on this topic that has not been disclosed so far, and it is important that everyone knows it. It is clear that it is not in the interest of the companies that benefit from livestock farming to actually show what is happening on their farms. That is why we are convinced that the more we reveal this side of the industry, people will be worried and will therefore try to prevent the violence and exploitation the animals are subjected to. Not every one of us would like to be familiar with this matter, but it is a must, because it is a reality and exists.

The origin of the products most people use can tell many stories. Stories that someone will not want to hear, another cannot even imagine them, but in the end, understanding them, he will make his choice. 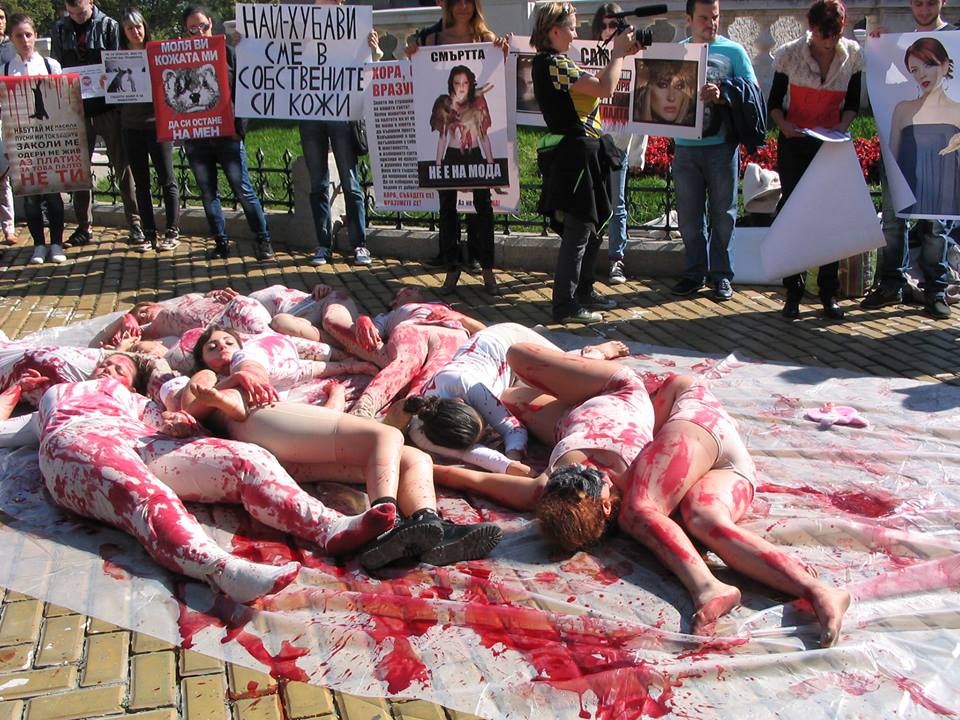 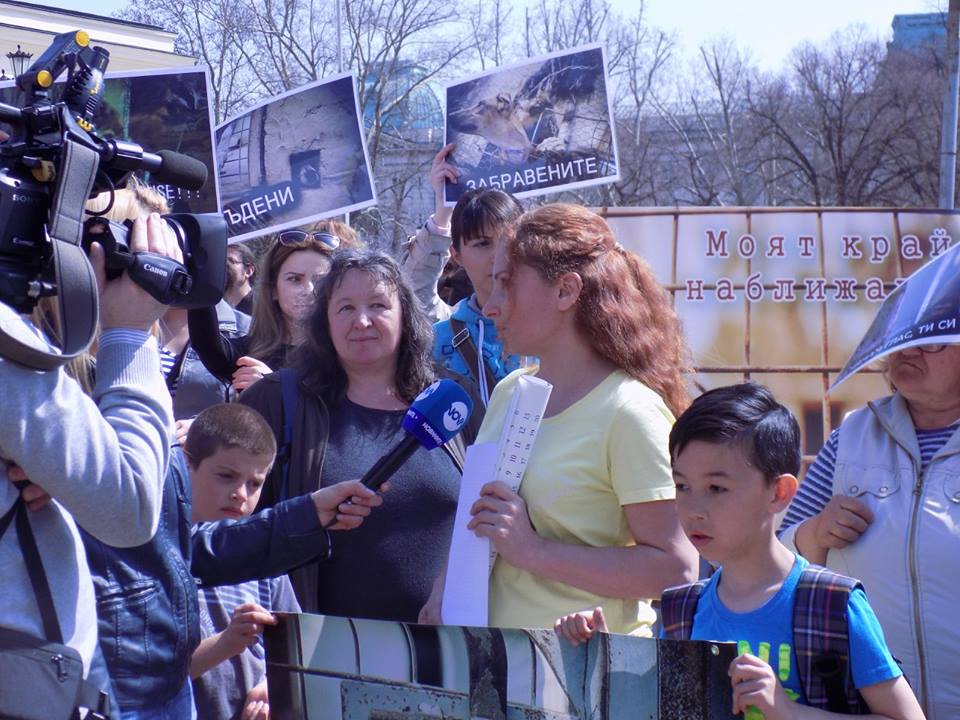 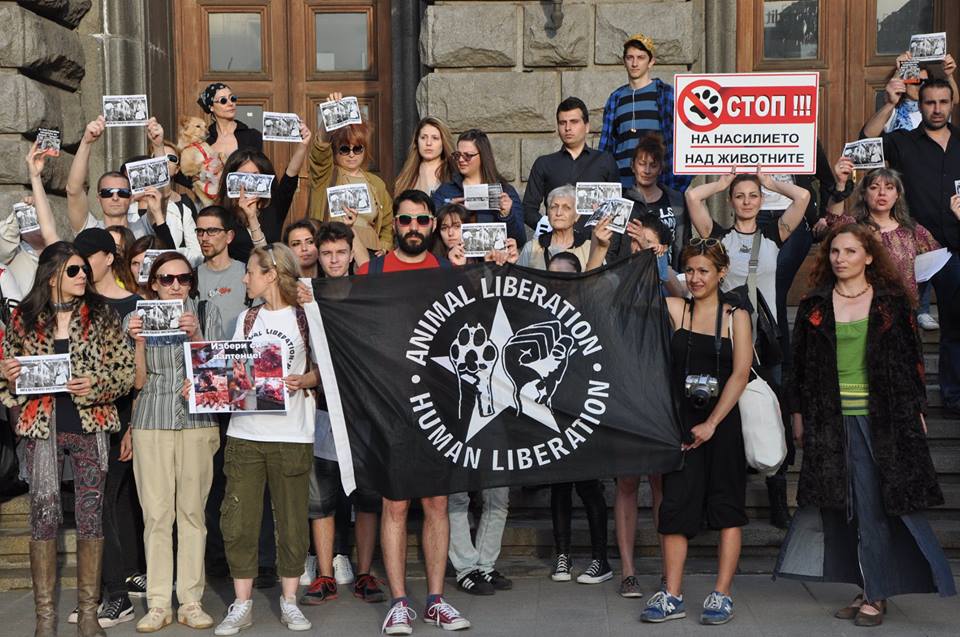 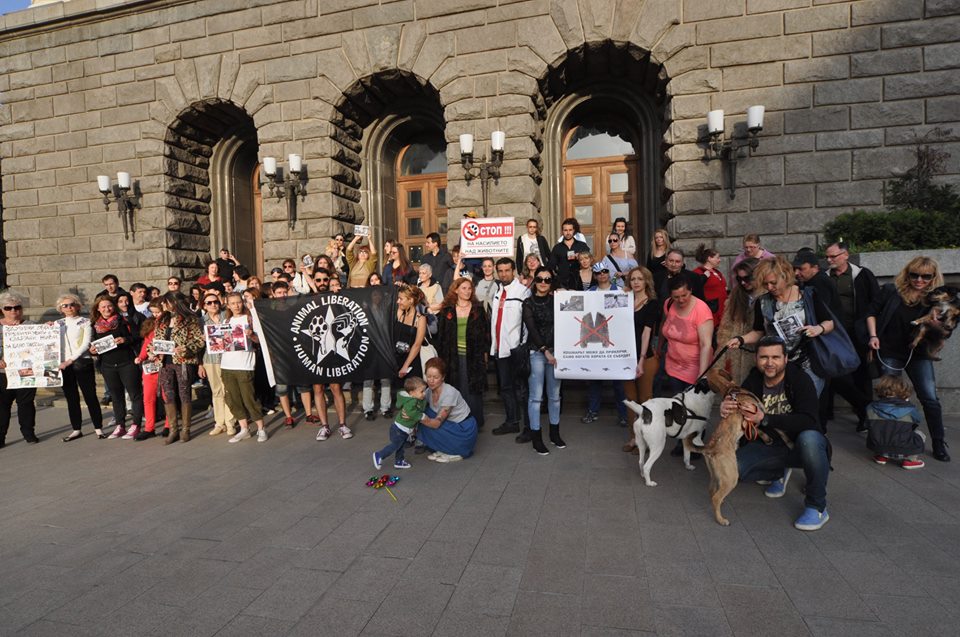 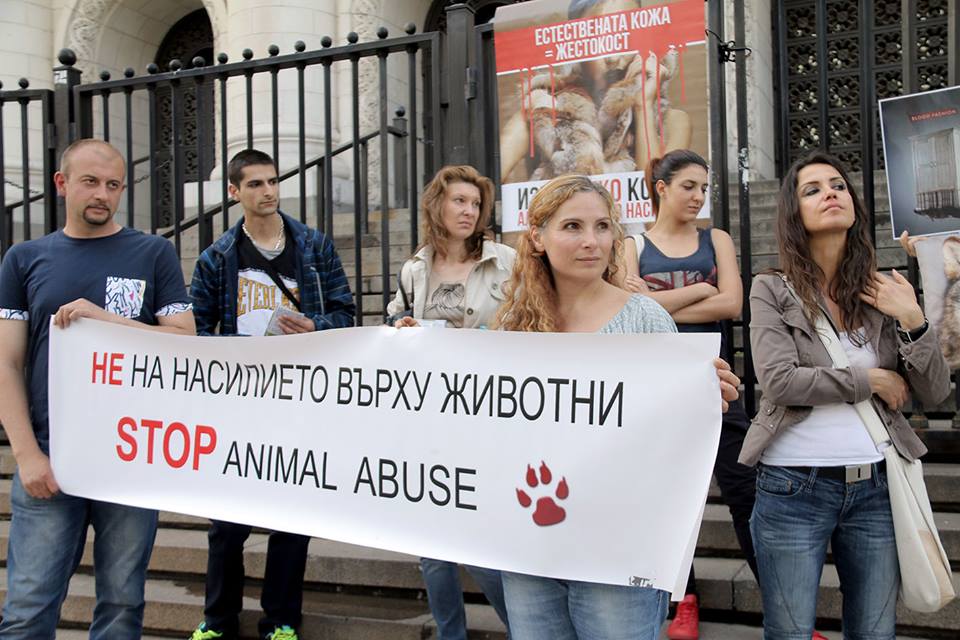 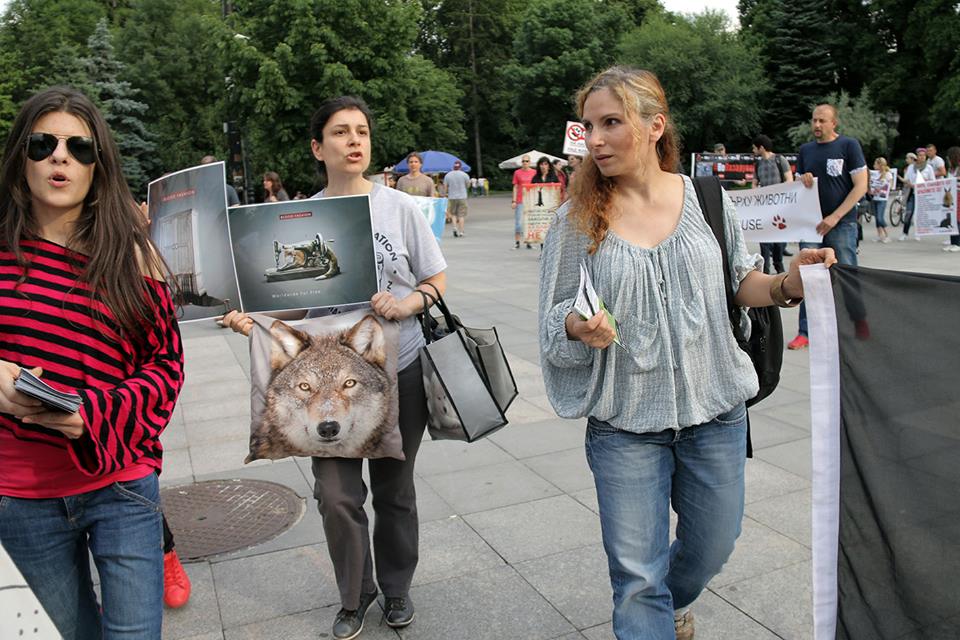 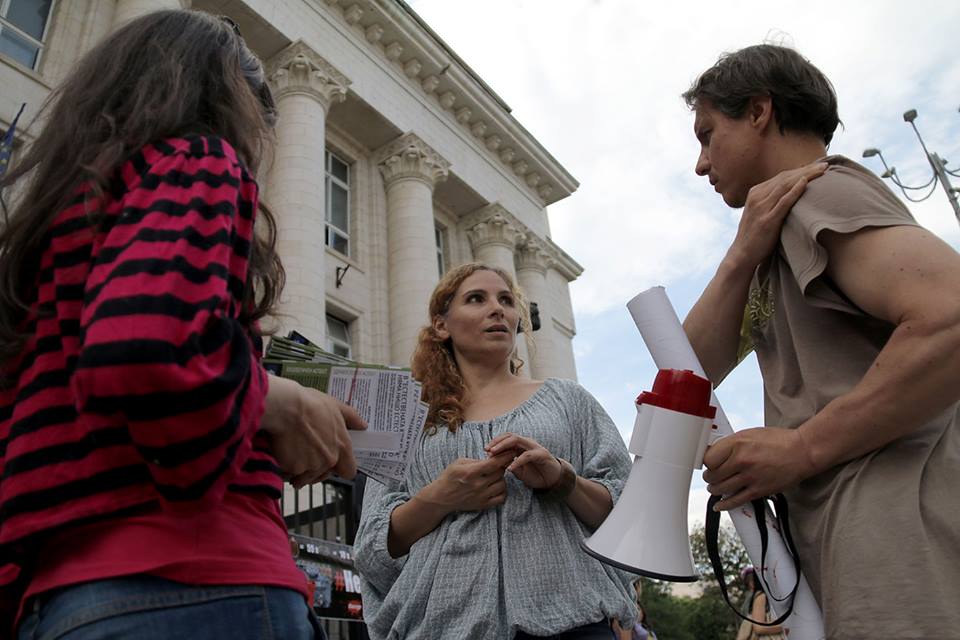 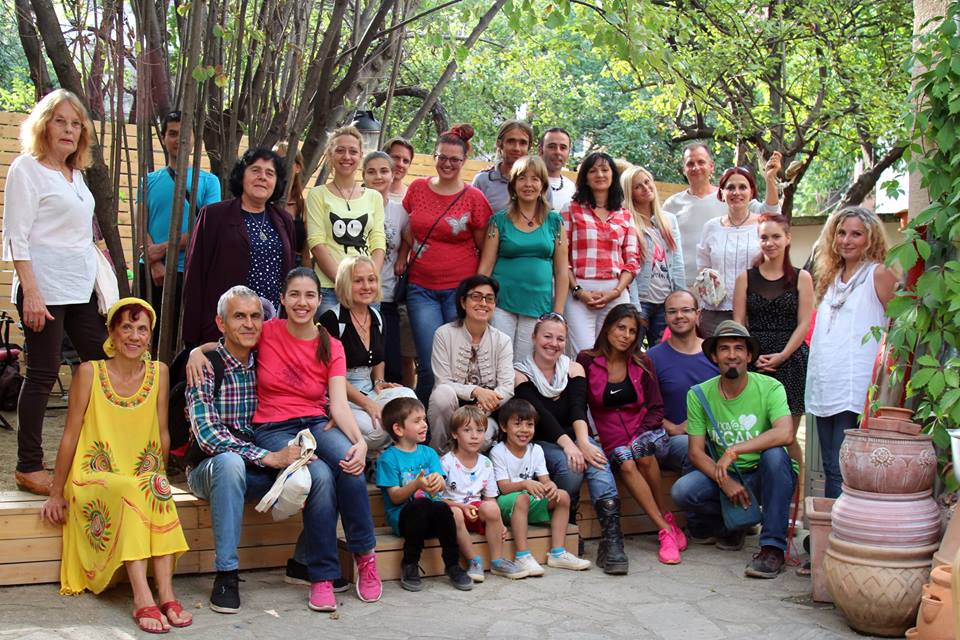 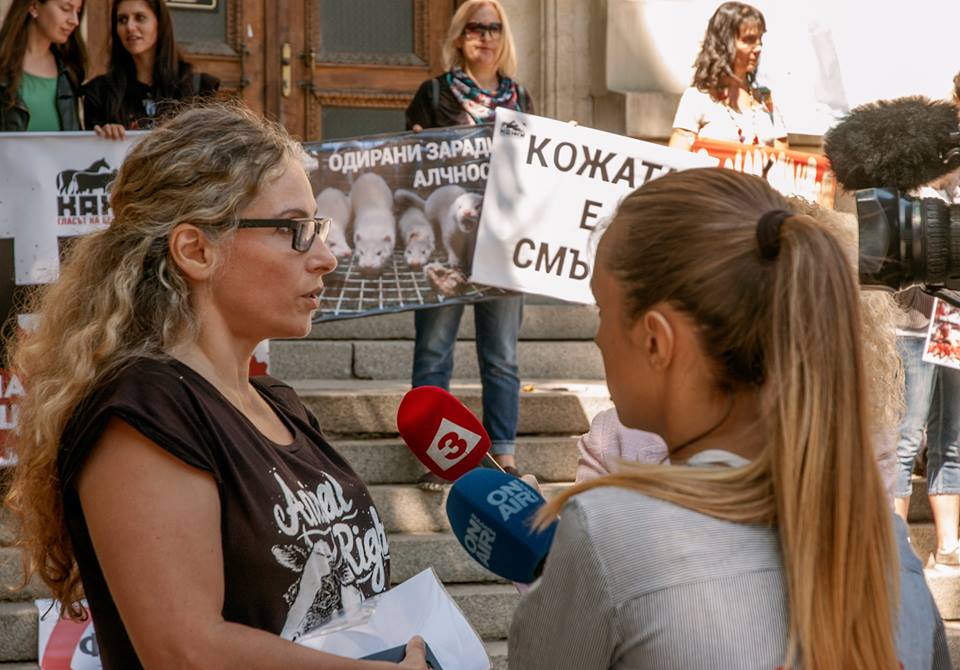 What do you do to change people who are just not at your “frequencies”?

Indeed, many people turn their heads at the moment they see something heavy to bear. This is a very human reaction and we do not blame anyone for it. But there are ways that do not need to directly show the bloody side of this business. Part of them are the actions we organize. One particular is, “Return the fur back to the animals”. It is aimed at people wearing coats with natural hair but at some point they realize what happened to these animals and have refused to use this kind of clothing. These people could return their clothes to us, then we give them to wildlife organizations. They respectively use them to raise small or diseased animals, but before, the clothes are unstitch and de-wormed. So their functionality grows because they return to where they belong. This is a very acceptable way for people to be concerned about the environment. Europe has gone this way, with the ultimate goal of shutting down all farms for fur production, and our goal is for Bulgaria to be one of the foremost countries where this will happen.

What is the ideal world you imagine?

I often dream it! And the most motivating moment for me is to dream of it. Because the stumbling blocks are many. For me the ideal world is absolute harmony between people, nature and animals. Our goal is to prevent some things that others say are irreversible. For example, the disappearance of protected species. If there is a chance to reduce the pace at which these processes occur, it would be great. But everything starts from knowledge. Education, science and nature are the basic things that must move the humanity. If they are a world policy priority, things will certainly improve. I believe this is possible; otherwise I could not exist and cannot smile. In the presence of everything I see, I am optimistic. In fact, most vegans are optimistic; otherwise they would not make sense in what they are doing.

Why is solidarity so important to you?

Because we cannot achieve anything by ourselves and when working piece-by-piece. With us the paradox is that there are many organizations that fight for their own purposes, and thus receive some partial successes. United, we would be much more helpful. And here I’m not just talking about national scale, I’m talking about an international one. One of our missions was to start making a Balkan network of organizations working for animal protection, and then expanding this network. Thus our influence will also be stronger on world leaders such as the European Union. I am convinced that people who want to struggle and effectively do so are so many that this power could be of great importance.

How do you personally teach your children in solidarity?

I do not teach them that. Solidarity is a feeling everyone experiences, empathy towards a certain group of people or living creatures. What I am trying to build in them is sensitivity – to notice, to be compassionate. For example, as a mother, I feel solidarity even with cows that have offspring. Because their children are taken literally a day after they are born. I am empathizing with all animals that are somehow exploited. Solidarity in a very human aspect is the attitude towards the different people we do not understand, but we have to accept. That you do not understand a person does not mean that he/she does not feel the same emotions as you. You accept it as it is – with all its differences. Solidarity can be experienced towards everyone – as long as you find the specific connection between yourself and this living being. 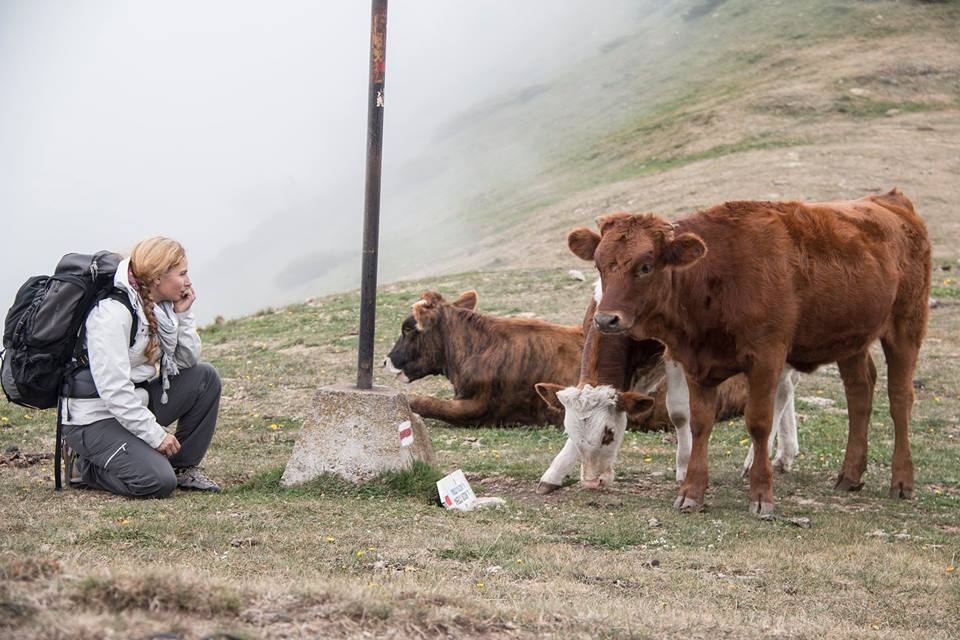 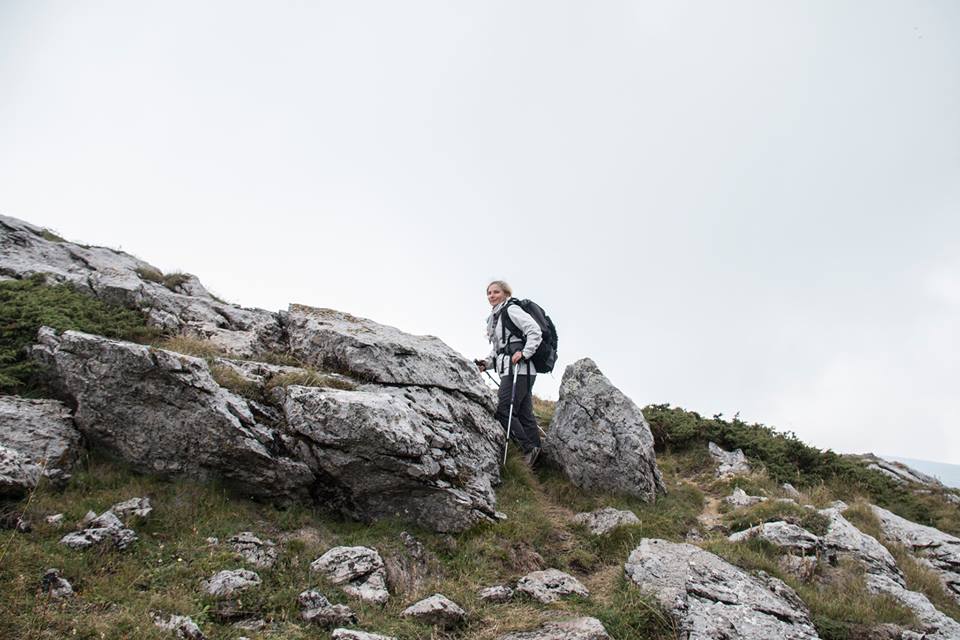 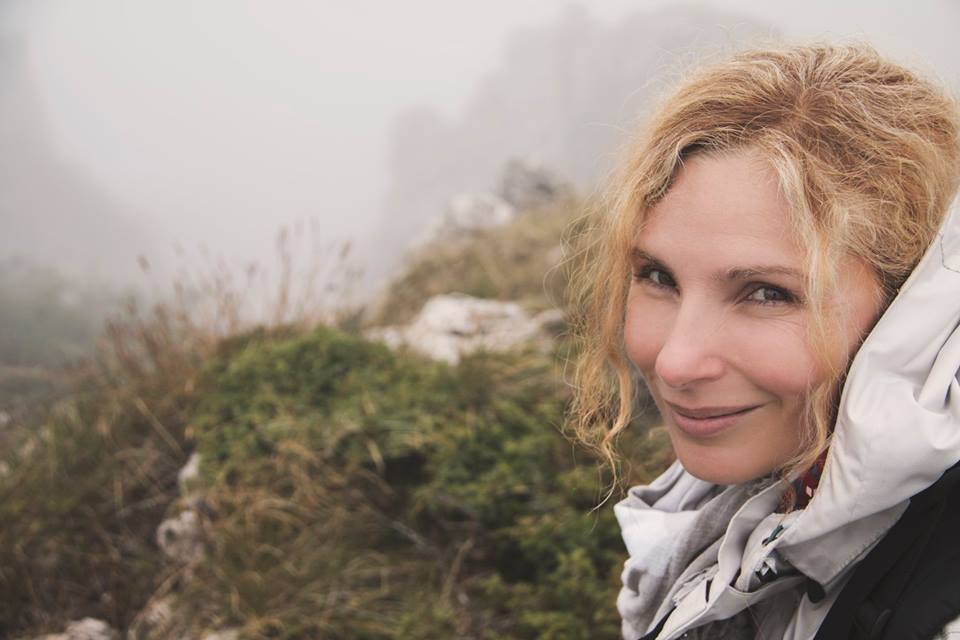 Do you think this feeling is inherent or can it be built?

Solidarity, like most virtues, is, in my view, genetically engineered. It also exists in animals. For example, almost all animal species have ways to warn each other in case of danger. Rabbits, when they are afraid, raise their tail. Bulls, when there is a predator nearby, make a circle in which children and females stays, and males use their horns and hooves to face the enemy. Even insects, when they feel the danger, release pheromones. I also think of the flock – usually when a flock of birds sees a bird of prey that is ready to attack, they shorten the maximum flying distance so that breaking the flock is impossible. We have so much to learn – from animals, from nature and from ourselves. So solidarity is something inexplicable but inherent to all living beings.

Svilen Cheshmedzhiev of the Bulgarian Society for the Protection of Birds said: “We do not protect nature. We are the nature that defends itself”…

Exactly! So I say that solidarity is the feeling of unity. If you realize that you are a whole with animals, nature, with the whole earth, you are making common cause with absolutely all living beings; they feel the same to you, too, respectively. Because, biodiversity is delicate and the whole symbiosis between organisms is so fragile. We are still studying it, but what is clear is that if this symbiosis breaks, we will not exist as a species.

Or we may continue to exist, but in the form of a rather aggressive parasitic unit that, in the name of its own survival, could destroy everything else. I do not want that kind of development of mankind, so we fight for it not to happen.

Because in all organisms, when there are parasites, the body knows how to deal with them alone. So we will naturally be rejected in one way or another. Our goal is not to allow this to happen and to show that we are not parasites. So we have to be active!